I've just spent two great days at the conference (#theconf on twitter) listening to some amazing talks on digital media and the future. If you weren't there you should check out some of the talks that are available online.
I strongly recommend the keynote talks by Riyaad Minty who works with social media at Al Jazeera and the talk on Man & Machine by cyborg anthropologist Amber Case.

I also attended talks on disruptive thinking, crowdfunding and hacking your own body. My head is spinning after two really intense days with lots of new ideas and impressions.
And I became my own souvenir. I got scanned, digitalized and a mini-me printed on a 3D-printer. The technology is still a little primitive but imagine what they are gonna do with 3D-printers in a few years... 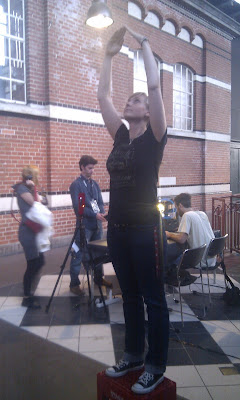 Tried this pose at first but the scanners didn't like it. 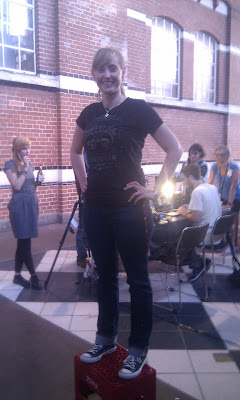 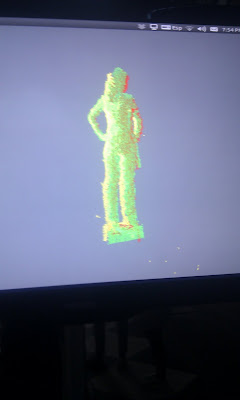 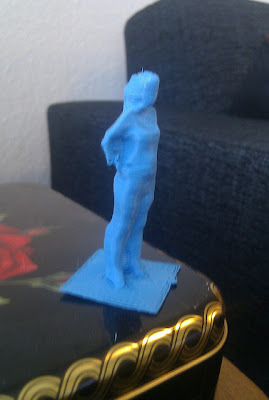 Plastic Punky - the result of a 3D printer

And since the conference was the world's first flattrable conference I signed up to and am now using flattr, a system for micropayments and donations. You can read more about flattr on wikipedia and on flattr.com

I talked to a lot of interesting people during these two days, but the words that stuck the most come from Bill Drummonds keynote talk this morning.

punk in writing
I surf the web and write for a living. When I was a kid I wanted to grow up to be Joan Jett.
I've got a heart of rock n roll; my style is somewhere between punk, rockabilly and country.